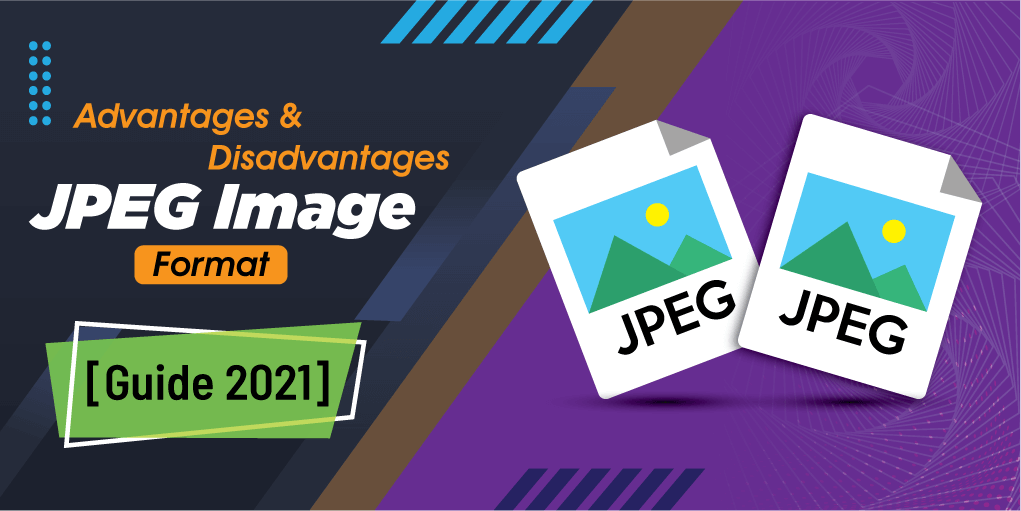 I discussed this with my friend Tom the other day, and he argued that most people don’t know the differences between image formats. “And why should we?”. Well, I tried and finally convinced him that choosing the right format for his photos is crucial and that he will notice a significant difference by choosing it correctly in each case. For example, we know what a JPEG image is, but getting to see this format better is beneficial.

This article will discuss JPEGs history (don’t worry, it will be a short flashback), analyze the format’s characteristics, and look at the advantages and disadvantages. Finally, we share some tips to help you choose if or when you should use JPEG for your photos.

If you ask a professional photographer, “do you shoot on JPEG?” you will probably get a very passionate, negative answer, as most photographers shoot on RAW or TIFF formats. On the other hand, more than 200.000 images make their way to Facebook alone every minute, and over 90% of them are taken in JPEG format. It becomes evident that JPEG is the most popular image type worldwide, and for good reasons. 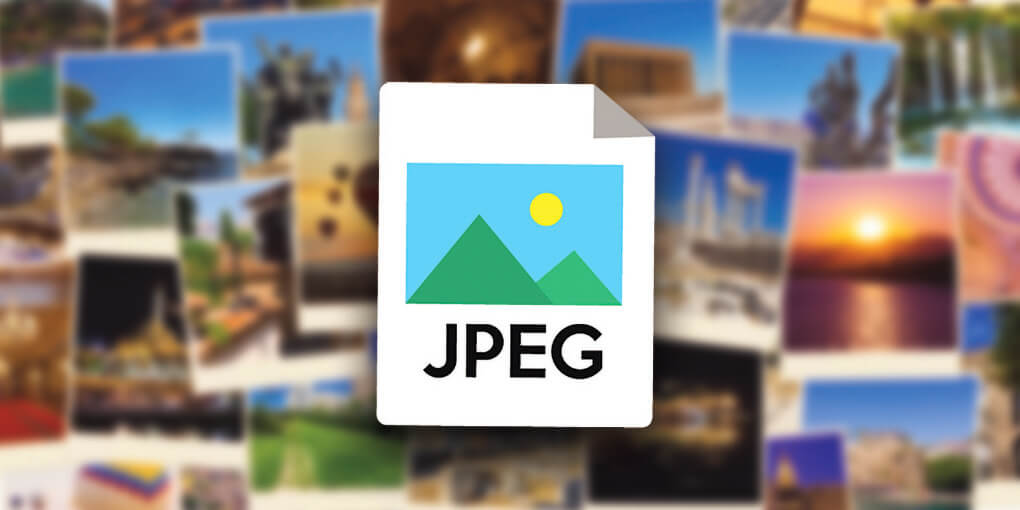 JPEG stands for Joint Photographic Experts Group, the company which developed JPEG. The group established the standard JPEG in 1986 and continued to develop the format throughout the years. The format was designed to handle the photographic image files by using an algorithm that reduces file size with a small cost for image quality.

Although photographers mostly used it during the first years, it became rapidly popular. Due to the appearance of the Internet and digital photography in 1990, smaller image files became extremely favored, and many people preferred JPEG over other formats because of that feature. Nowadays, JPEG photos are used for an enormous number of tasks, as several billion JPEG images are produced every day as of 2015.

What is the JPEG Image Format? 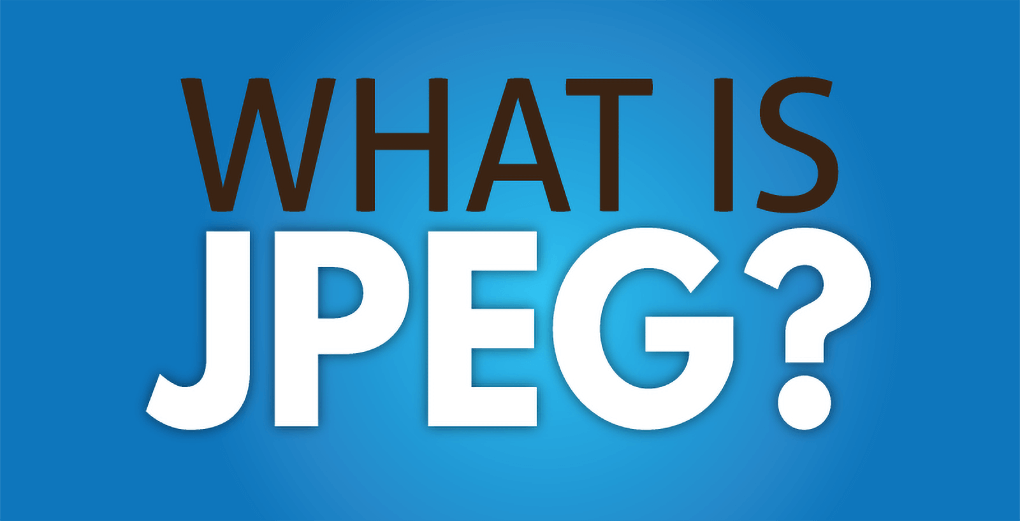 As mentioned above, the JPEG format designers created an algorithm to compress large files and convert them automatically to smaller ones, with a little compromise in image quality. For this reason, JPEG is one of the most commonly used standards for compressing images and photographs.

The human eye is scrupulous at detecting brightness changes but relatively low at noticing hue and saturation changes. For this reason, JPEG compression uses native RGB as a colorspace on maximum quality, but if you go below this, the data is converted to a working space called YCC – Y is brightness, and the two Cs are Chroma channels.

The resolution of these two color channels can be halved without visual loss of image quality, and this is what the JPEG algorithm does. This is called Chroma Subsampling and can be 4:4:4 (without downsampling), 4:2:2 (halved horizontally), or 4:2:0 (halved horizontally and vertically). The eye is more sensitive to vertical details, so JPEG’s halving of the horizontal resolution passes, in most cases, undetected. Although this halving is invisible to our eyes, the loss of information is essential when it comes to editing a JPEG picture.

To be more understandable, JPEG works exceptionally well when it comes to complex pictures, including many gradients and color information in general. However, the JPEG compression is not ideal for images with solid lines or text. Don’t forget that JPEG, like any standard type of picture, has specific benefits and drawbacks. Before we dive into the advantages and disadvantages of JPEG, let’s have a quick look at the format’s two major categories. 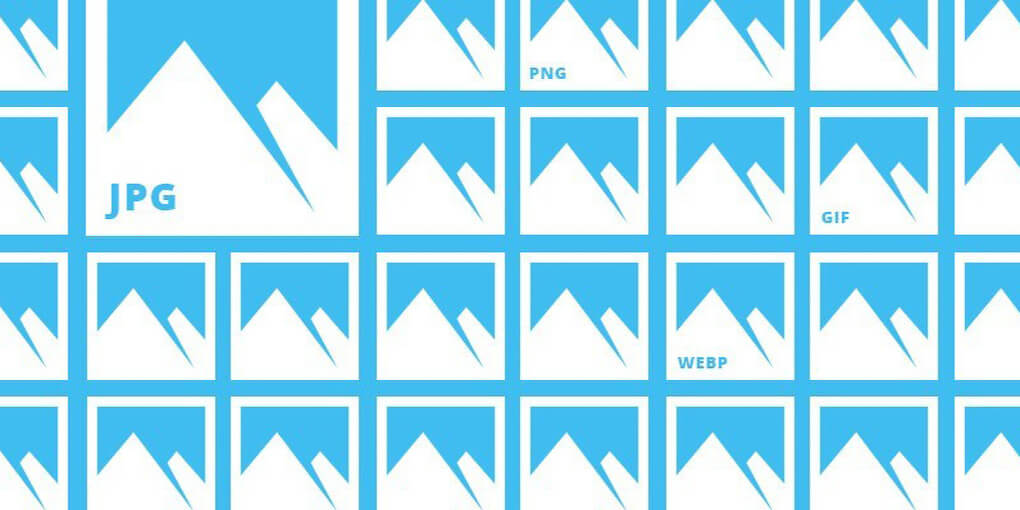 The Joint Photography Expert Group has also developed JPEG 2000 and JPEG XR standards, characterized as improved editions of the JPEG standard. Even though most people can’t tell the difference, there are two main subcategories of the JPEG image format:

As in most cases, choosing to use JPEG over RAW or other photo formats has its advantages and disadvantages. Therefore, there are specific reasons or circumstances in which utilizing the JPEG format is preferable, even for professional photographers.

On the other hand, the fact that JPEG has been widely used by cameras and smartphones doesn’t necessarily mean that its limitations should be overlooked.  Hopefully, after reading the format’s advantages and disadvantages, you will decide which design best suits your needs.

JPEG has been the most popular photo format for many years now for good reasons. A JPEG image is easy to edit and work with, small in size, one of the fastest ways to shoot, quick to deliver, and extremely compatible with almost any device.

We will analyze all those advantages one by one to help you understand the reasons behind the format’s popularity and decide if shooting in JPEG is the best option for you as an amateur or professional photographer.

Now that we have analyzed JPEG’s advantages, it is time to look at why the format isn’t the first choice for many professional and amateur photographers. Although JPEG’s compression is perfect for size and compatibility, this comes with a compromise in quality.

JPEG photos are harder to control, limited when it comes to depth, and in some cases, a wrong choice. Let’s have a look at the disadvantages of JPEG in-depth and understand why JPEG isn’t the right choice on some occasions:

Tools to Work with JPEG 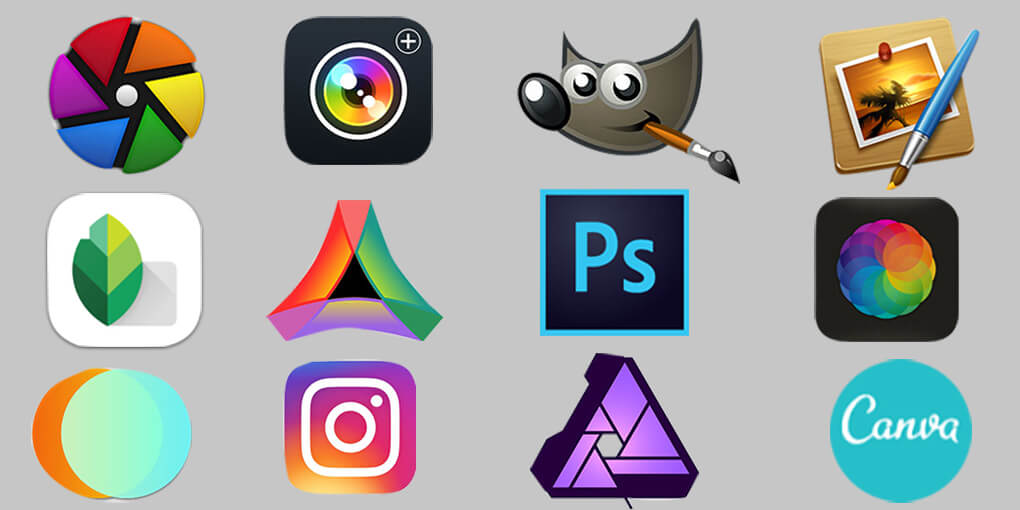 As mentioned in the JPEG advantages section, the format offers maximum compatibility. Nowadays, all people have access to an enormous number of tools around photography; JPEG format proves to be one of the best options for photo manipulation.

To be more specific, I have been using two photo editing applications for the last five years. The first one is Adobe Photoshop, and the second one is Picverse. There are occasions where I prefer shooting in JPEG and others when I prefer RAW format. When it comes to photo editing, I need to be able to upload photos edited on my iPad, which is not my primary computing system.

For those times when I don’t have time or don’t need ultimate image quality, the combination of shooting in JPEG and then editing the photos in Picverse is lifesaving. This personal experience is a perfect example of JPEG’s correspondence in numerous tasks and tools.

JPEG photos are smaller than formats, so editing workflow when shooting in JPEG is faster, doesn’t require excellent computing power, and can be manipulated by any software. If you add to that the fact that JPEGs can be easily compressed again or be converted to other image formats, it is obvious that there are a vast number of tools and reasons to work with this format. 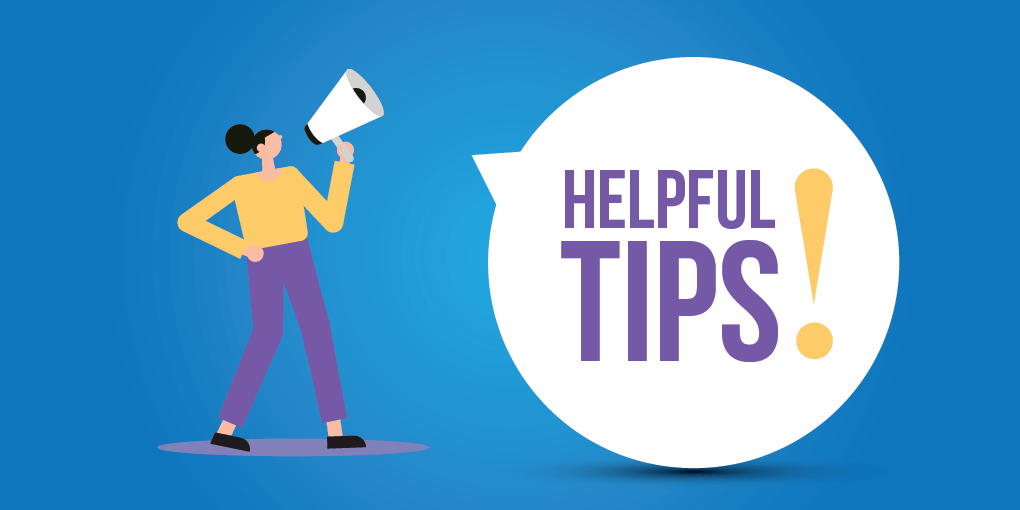 Since we have analyzed the advantages and disadvantages of JPEG and the valuable tools you can work with when shooting in this format, it is time to look at some tips that will help decide which format is the best option for you as a photographer.

First of all, we already mentioned that you are the one who makes all the decisions when it comes to photography. If you looked at the advantages of JPEG and concluded that you need to shoot smaller photos, this is the right way to go. On the other hand, if you need all the color information you can obtain from your camera, then shooting in RAW is preferable.

To be more specific, some news and sports photographers shoot in JPEG due to the format’s compression, which allows them to take more photos and use the camera’s burst mode in a better way than RAW or TIFF. On the other hand, landscape and portrait photographers usually shoot in RAW, as every small detail counts on their field.

Another great feature most cameras have is to shoot in both RAW+JPEG simultaneously. In this way, you will be able to manipulate the image in any way you want and choose which format you prefer to use in every case. It becomes evident that there are ups and downs in photography, like in life, concerning every decision. Thus, don’t worry about choosing the ‘right format,’ but about choosing the right one for you at that specific photoshoot.

Finally, let’s have a look at some extra tips concerning your workflow when shooting in JPEG:

Rashed Al Mamoon, COO of Tradexcel Graphics Ltd. (TGL) has given a truly inspirational contribution to the company since he joined. As Chief Operating Officer, he has used his innovative vision and excellent insight into restructuring the workflow of the organization, which minimized redundancies and improved productivity.
It incorporates not only a new management framework for the organization but also technologies that facilitate better Human Resource Management and Customer Services. He took over several projects simultaneously and ensured that results were delivered to the customer in accordance with the contractual time-frame. His success at improving project completion rates encouraged company profit. 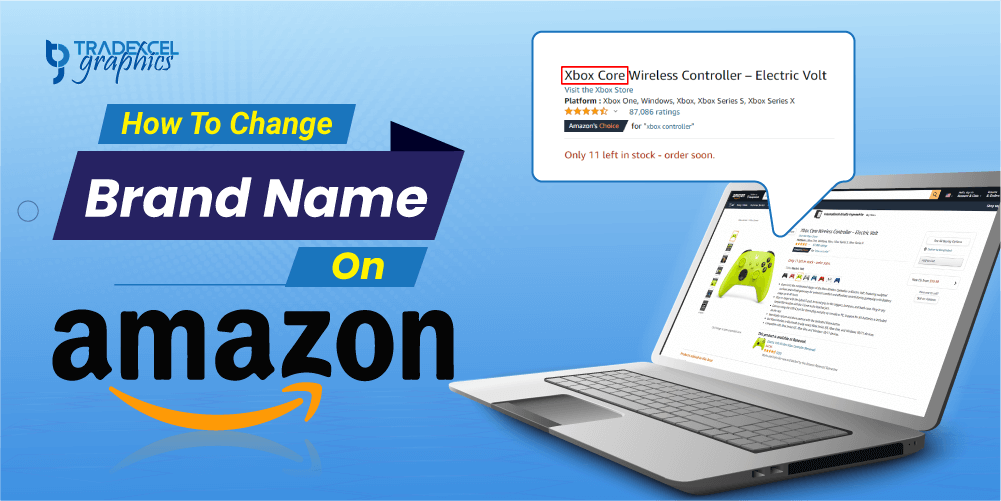 How To Change Brand Name On Amazon

In a competitive online marketplace like Amazon, the Brand name is the first representative. Then co ... 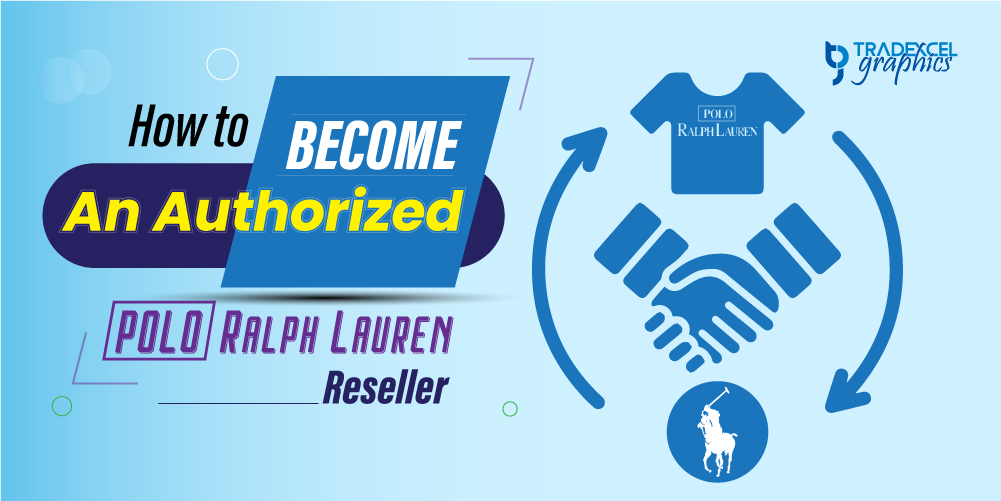 How to Become an Authorized Polo Ralph Lauren Reseller

Polo Ralph Lauren is one of the most famous clothing brands in the world. This brand is best known f ...

How To Cancel Offer On Mercari

Making a wrong offer in Mercari is one of the most annoying parts of online shopping. This e-commerc ...

15 Amazing Tips On How To Increase Sales On Mercari

The world is getting digital, and so is business. From fashion to food, everything is now available ...